FALLING INTO THE WORLD
"Draws the reader into the story and never lets go." --RT Bookclub
THE GIRL SHE LEFT BEHIND
"Brichoux reminds the reader how powerfully the landscape of 'home' can define a person." -- High Country News 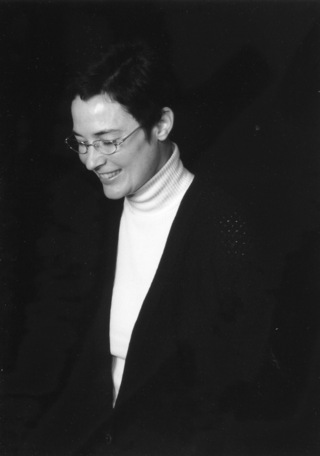 The daughter of American missionaries, I was born and raised in Southeast Asia. Most of my childhood was spent reading or forcing the long-suffering family pets to act out the plots of books I'd recently read.

In college, everything interested me, and I could never answer the question “What do you want to be?” without a measure of sarcasm over the idea that “being” something was somehow equated with “doing” something. Still, guidance tests had revealed a natural predilection for verbal and mechanical skills, which had caused my high school counselor to suggest English literature or, if that didn’t interest me, perhaps becoming a car mechanic. Oddly, no one suggested mechanical engineering, probably because I had managed to fail Algebra I the first time I took it.

After stints as a secondary education major, a theater major, and a humanities major, I graduated with a degree in English literature. Still interested in everything, I went on to graduate school for an MA in European history, where I focused on the social, political, and religious history of twelfth- and thirteenth-century France.

While working toward a PhD in European history with a concentration in nineteenth-century social/political history combined with political, labor, and feminist theory, I began the painful process of re-examining what really interested me (beyond the label “everything”). I had been writing stories all my life, but I’d always pictured authors as reclusive, frightened, bitter people. Realizing that the description also applied to PhD students, I abandoned my prejudice against being an author and wrote my first book. I naively assumed that awards and editor requests meant I was going to be published by tomorrow or, at worst, the day after. I left graduate school and began writing full time, even when it became obvious I was not going to be a published author tomorrow or even next week. Three years later, Coffee & Kung Fu was published by Penguin Press.

Writing is, in many ways, a reversion to childhood. I still spend most of my time reading and living in the world of my imagination, but the family pets are happy to report that I no longer enlist their services in acting out plots.

"I am always at a loss to know how much to believe of my own stories." --Washington Irving, Tales of a Traveler

Last Orders and The Sweet-Shop Owner by Graham Swift

The Name of the Wind by Patrick Rothfuss

Regeneration; The Eye in the Door; and The Man Who Wasn't There by Pat Barker

Dream Days and The Golden Age by Kenneth Grahame

Three Men in a Boat by Jerome K. Jerome

Danny, Champion of the World by Roald Dahl

Coming Up For Air by George Orwell

Harry Potter and the Prisoner of Azkaban by J.K. Rowling

The Hill of the Red Fox by Alan Campbell McLean

The White Tribunal by Paula Volsky

Cider With Rosie by Laurie Lee

The Aubrey/Maturin series by Patrick O'Brian

Most anything by John Le Carré